Padró, every vermouth is different ...

Many think of Martini when hearing of vermouth. Not surprising as the drink was discovered by a distiller in Turin in the north of Italy. Vermouth owes its name to its strong ties with the German-speaking region (German is still spoken in South Tyrol/Alto Adige). The bitter herb that is so characteristic for Vermouth is called Alsem or Wermut in German.

However, Vermouth is so much more than just Martini. Another well-known brand is Noilly Prat from the south of France, but vermouth is also produced in Spain. And how! Have become a fan of vermouth or vermut. Vermut is produced in the sherry area in southern Spain, but also in Catalunya. Like at Casa Padró in Brafim.

Casa Padró is a family business with a long tradition of wine production. Since 2014 they also produce vermouth and very successful given the many awards they are receiving. During the production of vermouth, herbs and botanicals are added to the (white) wine. The best wine is used and the best herbs and botanicals from all over the world. In the herboristeria you can see and smell the herbs and botanicals and experience the craftsmanship to make the best vermuts. To achieve this they keep on experimenting. From outdoor storage in bottles to the use of old citrus varieties such as Buddha’s Hand, Yuzu and Kaffir Lime.

During the guided tour of Casa Padró you will learn more about the history of the Padró family, vermouth and the production process of vermouth. You will visit the herboristeria and the barrel room with their precious contents. Similar like the production of sherry the solera system is used; however not vertically but horizontally.

The tour ends with a tasting of no less than 8 vermouths. Starting with the three vermouths from their second brand Myrrha (Myrrha rojo, blanco and reserva) and then it is time for the 5 premium vermouths. The beautiful colored bottles are a feast for the eyes and the contents … great! From the Blanco Reserva and the Rojo Clasico to the Reserva Especial, Dorado Amargo Suave and their masterpiece Rojo Amargo. All vermouths won awards at the Bacchus International Wine Competition in Madrid in the Vermouth category. The Rojo Amargo was the only vermouth to make it to the list of the 25 best drinks in the world! 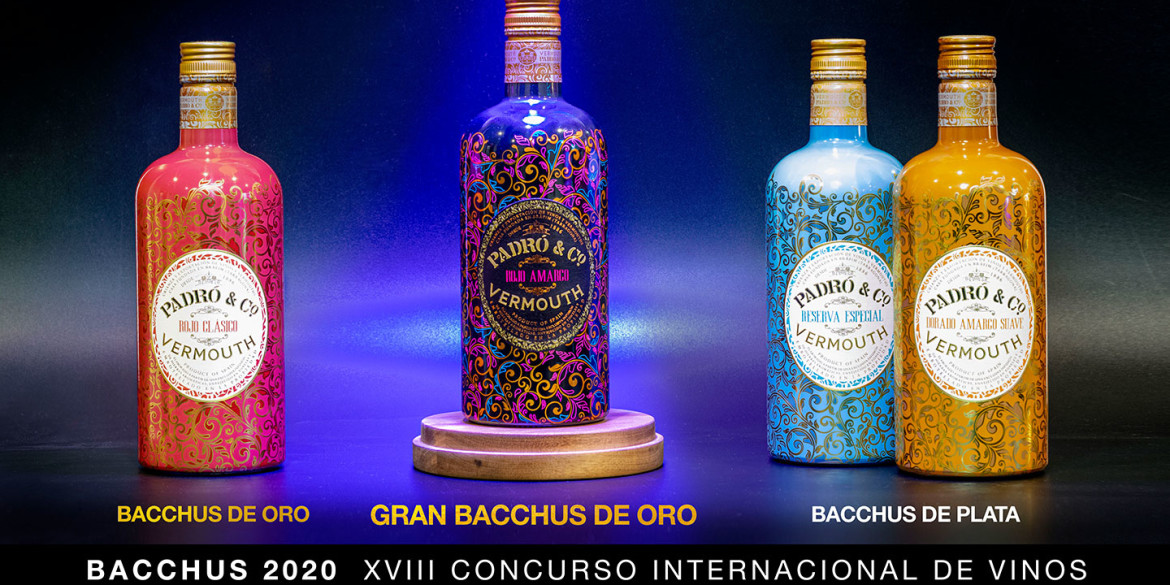 Vermouth as an apertif or digestif

After the tasting you can buy the vermouths. I went home with the blue and orange bottle and will definitely be back in the winter for the Rojo Amargo. You can also drink this as a digestif by the fireplace …

Drink the vermouths chilled, preferably without ice cubes. If you want to add something, stick to the zest of lemon for white vermouths and orange for red ones. It is mainly an aperitif as it stimulates the appetite and aids digestion.

Six months earlier I had already tasted one of these vermouths at Hotel Barbizon Palace in Amsterdam and made the decision to visit this winery. If you don’t want to wait for your visit here in Catalonia, check out the local wine shop. And for a special wine tour you can, of course, contact me!